Join local botanist Michael Doherty for a gentle walk through various types of woodland and discover the range of tree species growing on Mount Majura. Learn to identify eucalypt species and find out how the trees have adapted to environmental conditions such as soils, fire and drought.
Two guides – Trees of Mt Majura and Eucalypts of the ACT – will be available for a gold coin donation.

Find a list of the tree species of Mt Majura (with comments) at majura.org/species-lists 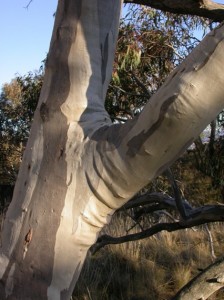 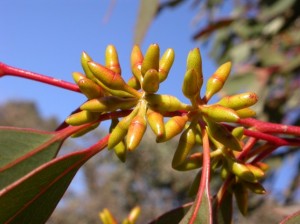 The genera Eucalyptus, Corymbia and Angophora (eucalypts, bloodwoods and false apples) comprise more than 900 species (800, 114 and 15 respectively), the vast majority of which are only found in Australia. Size varies enormously with species, ranging from the Mountain Ash (Eucalyptus regnans) forests of Victoria with giants greater than 90m tall to the dwarf Varnish Gum (Eucalyptus vernicosa) which often grows as a 1m dwarf shrub in windswept Southwest Tasmania.

The genus Acacia (wattles) is equally diverse and comprises more than 1500 species worldwide, more than 960 of which occur in Australia and all but 16 of these are only found in Australia. Although generally smaller in stature and often found as small undershrubs in many communities, Acacia tends to be dominant in inland Australia with such species as Mulga (Acacia aneura) and Brigalow (Acacia harpophylla).

In New South Wales, we find 264 species of Eucalyptus, Corymbia and Angophora (240, 10 and 14 respectively) and more than 235 species of Acacia (Harden 2002). This diversity of eucalypts and wattles is a reflection of the strong environmental gradients (climate, geology, soils) found within New South Wales, particularly those areas falling within the Sydney Basin geological area stretching from the Hunter Valley to Nowra and west to the Blue Mountains. The Great Escarpment in this area has been eroded from east to west forming intricate series of ridges and valleys. The complexity of this landscape is increased as it is interspersed with areas of residual basalt and old sandstone plateaus with complex drainage patterns all of which leads to a diversity of environmental combinations of slope, aspect, parent material, soil fertility, drainage, rainfall and temperature.

In the ACT, we also have some steep environmental gradients ranging from Mt. Bimberi (1900 m) in the Australian Alps to Lake Burley Griffin (550 m), with sometimes abrupt changes in eucalypt dominants. Eucalypts are the dominant trees of the woodlands and open forests of Mount Majura and Mount Ainslie and of the 25 species of eucalypt indigenous to the ACT, 9 species occur on Mt. Majura and Mt. Ainslie, although there are also some planted non-local native eucalypt species on the edges of the reserve. Additionally, of the 23 species of wattle that occur in the ACT (including 2 naturalised native species), 9 species occur on Mt. Majura and Mt. Ainslie (including the 2 naturalised native species Acacia armata and Acacia baileyana).

The genus name Eucalyptus derives from Greek “eu ” meaning well and “kalyptos” meaning covered. It refers to the ‘cap’ of the flower bud, which breaks off and falls away at flowering to uncover the pollen rich stamens and nectar laden receptacle of the young ‘gum nut’. It can take between one and two years between initial bud formation and final flowering. Eucalypt buds and mature gum nut fruits are key elements in identification of species as many of the species look quite similar. Primary distinguishing features of eucalypts are:

the shape of flower buds and the number of buds that form a cluster,
the shape of fruits (gum-nuts)
the bark type (e.g. smooth or rough),
the shape of juvenile (seedling leaves / leaves that occur after fire) and adult leaves,
the natural occurrence of species.

Wattles require a different approach and one of the major considerations in identification is whether the adult leaves are bi-pinnate or whether they are phyllodineous (i.e. instead of a true leaf, this latter group has modified leaf stalks acting as ‘leaves’). When young, all species of wattle have bi-pinnate leaves, but only some species retain this feature as adult plants. Other features useful in telling species apart are flower type (e.g. globular heads, elongated spikes) and legume (seed pod) shape and size.