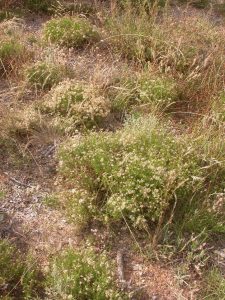 Australian Native Plants Society – Canberra Region. Autumn Plant Sale – Saturday 17 March, 8.30 am to 1:30 pm
Plant lists are available. Held at the Australian National Botanic Gardens. Gates open at 8:30am. Be early, as the plants are sold very rapidly! Autumn is the best time to plant in Canberra for most plant species.

Fenner Conference on the Environment: Urban Sustainability and Conservation – Canberra, 4-6 April 2018
Cities are increasingly recognised for the critical role they play in biodiversity conservation, environmental stewardship and global sustainability. Recent evidence indicates that 30% of Australia’s threatened plant and animal species live in urban areas, highlighting the urgent need for cities to be explicitly incorporated into national conservation policies and initiatives. Appropriate and sustainable approaches to the development and management of urban environments are pivotal to our planet’s future. Bridging the gap between research and implementation will be required to achieve evidence-based solutions for urban sustainability and conservation. This conference presents an opportunity for researchers, industry partners and policy makers from the fields of urban sustainability and conservation to meet and co-create a roadmap through which Australia can be a global leader in this space. Click here for more information.

Draft Revision of Australia’s Biodiversity Conservation Strategy
On 25 November 2016, Australian, State and Territory Environment Ministers agreed to revise “Australia’s Biodiversity Conservation Strategy: 2010 – 2030” based on the findings of a review into the first five years of the Strategy’s implementation. During 2017 a working group of officials from Australian, state and territory governments, and the Australian Local Government Association has worked together to prepare a revised Strategy. The Strategy has been revised to improve its ability to drive change in biodiversity management priorities, and its alignment with Australia’s international biodiversity commitments. Called “Australia’s Strategy for Nature 2018-2030: Australia’s biodiversity conservation strategy and action inventory”, the draft revised Strategy is open for public comment until 16 March 2018, through a survey or submissions.