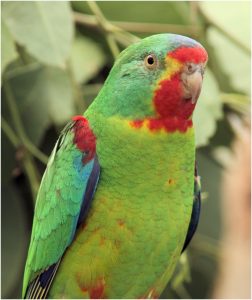 Swift parrots visited Mt Majura in previous years from the end of March to the beginning of May. Most observations were from around the Hackett water tank and the Majura paddock east of Rivett Street where they fed on the nectar of Bundy and lerp of Yellow Box or took a bath in the drainage ditch close to the water tank.

Exciting news: Since the end of March 2022, flocks of Swift parrots have been spotted around the drain ditch close to the Hackett water tank; view Canberra Nature Map photos here.

If you observe Swift parrots please contact Friends of Mount Majura with information on the date of observation, the time of the day, the location and the number of birds. Or register your observation with EBird, Canberra Ornithologists Group (see how to  report Swift Parrot here) or Canberra Nature Map. 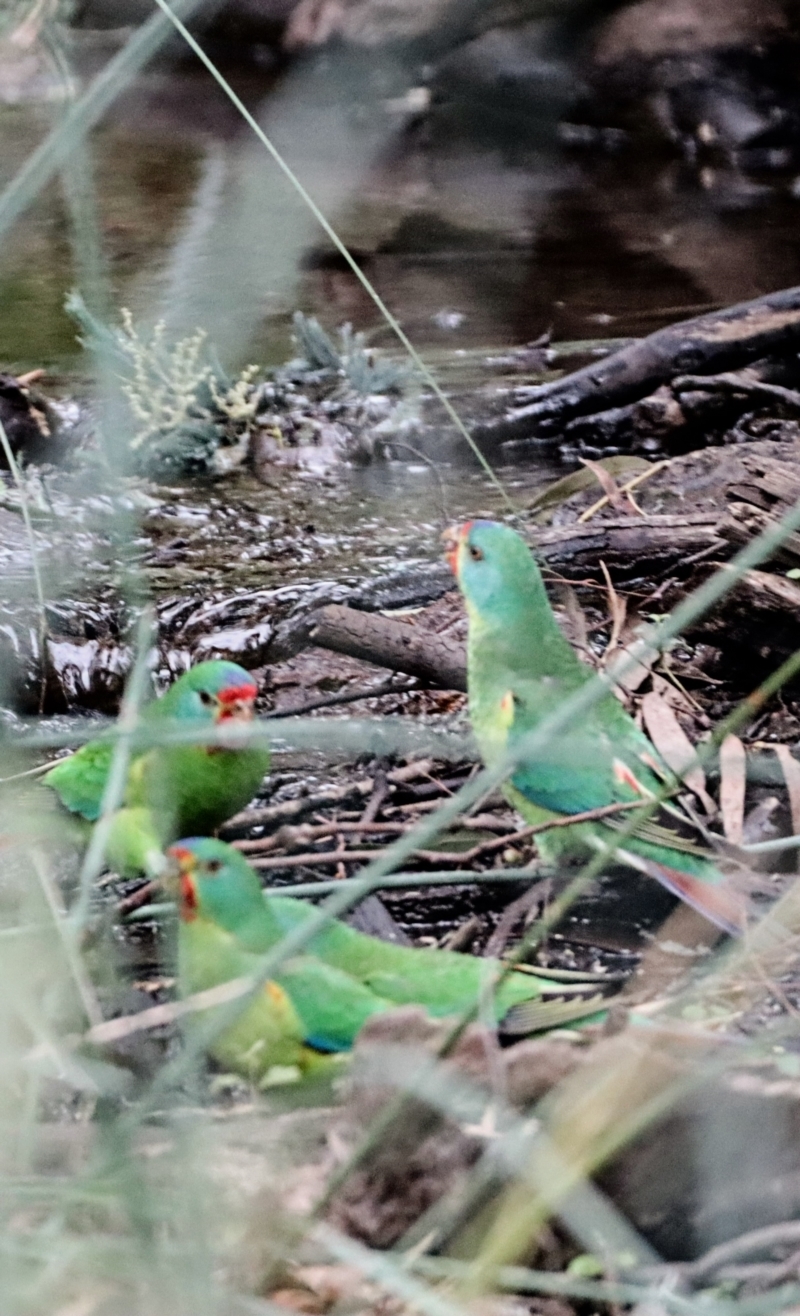 Your observations are important. Swift Parrot is one of Australia’s most threatened bird species and is listed as critically endangered under Commonwealth legislation and under ACT legislation; the species is declared endangered in NSW. Click here to learn more about the Swift Parrots.

Mount Majura was host to a record number of endangered Swift Parrot, Lathamus discolor between the end of March and the beginning of May in 2005 and 2008. The parrots were most frequently observed around the lower Hackett reservoir off Rivett / French Streets feeding on the nectar of Bundy, Eucalyptus gonyocalyx and lerp – the sugary protection cover of sap-sucking insects – of Yellow box, Eucalyptus melliodora.

Watch out for the parrots.
Many thanks.