The continuous struggle with woody weeds 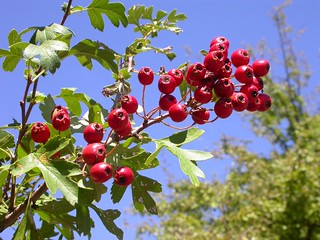 Every year since Friends of Mt Majura sprang in action in 2003 we tackle woody weeds. What are they, where are they, and are we making any progress? This report gives you an update on the woody weed front.

Woody weeds growing in the Mount Majura nature reserve escape from close-by gardens and public land. Most of the woody weeds are plants introduced to Australia. Some weeds such as the highly invasive Rosemary Grevillea and Cootamundra Wattle are Australian species that have been introduced to the ACT region where they spread outside their natural range.

Woody weeds invade the bushland by birds which spread the seeds in their droppings after eating the fruits of plants such as Privet, Cotoneaster, Firethorn, and African Olive. Japanese Honeysuckle and English Ivy are dispersed in the same way as well as by stems forming roots after being dumped in the reserve.

The Friends of Mt Majura (FoMM) work hundreds of hours every year to remove woody weeds from the nature park.

In the first half of 2015, from January to the end of June, FoMM volunteered 467 hours at seven weeding parties and at work sessions conducted by individuals who worked in their own time.

The balloon marks on the Google Earth maps below are the GPS records of woody weeds treated in 2014/15 at two target areas, the Mt Majura north-west slope behind The Fair in North Watson (blue balloons) and behind Mackenzie Street from about the car park at Kellaway Street to Richards Street in Hackett (green and white balloons). 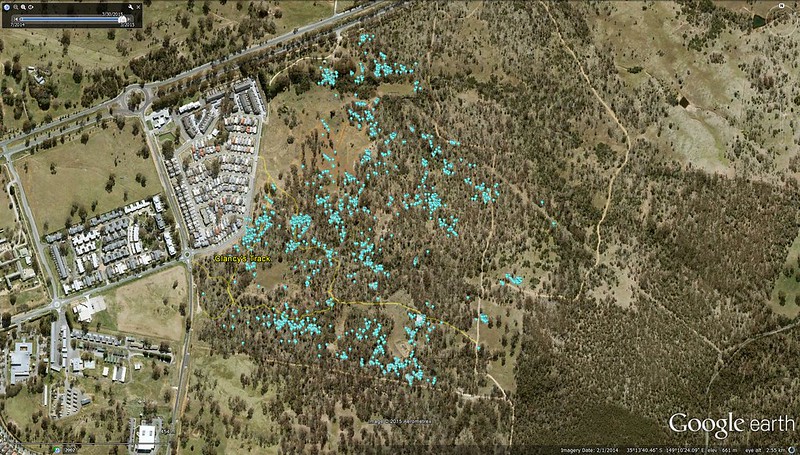 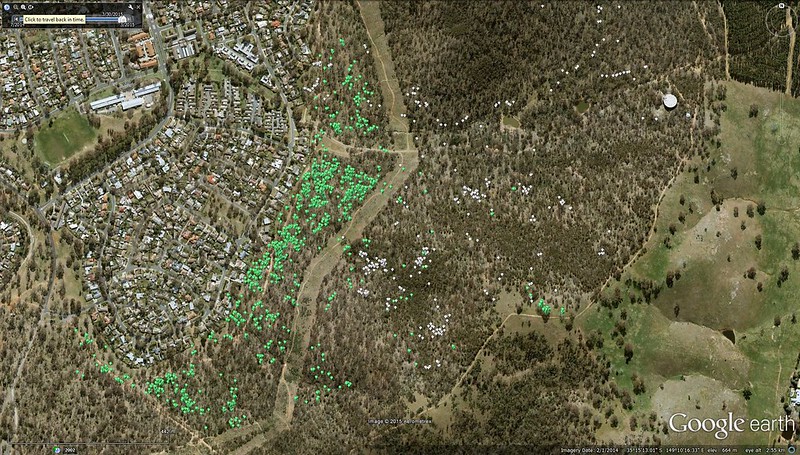 All together there are 5363 balloon marks and most represent one single woody weed. Some balloons however represent a thicket of weeds such as hundreds of stems of Firethorn or Japanese Honeysuckle or, in one case behind Mackenzie Street, a patch of over 1000 stems of Oregon Grape also known as Holly (Berberis aquifolium). 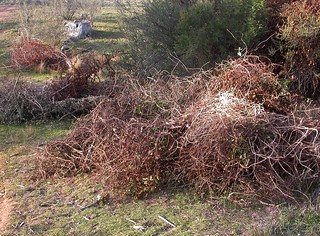 Piles of Japanese Honeysuckle and other woody weeds removed from a drain line behind Mackenzie Street (W.Pix, 08.06.2015)

The GPS records were collected by one volunteer and do not include the woody weeds treated by participants of communal work parties. Thus the data shown on the maps provide an incomplete picture of the actual much higher number of woody weeds that occurred in and had been removed from the target areas.

Of great concern is the new invasion of woody weeds. For instance, since FoMM established in 2003, the group held many woody weed removal sessions in the grassy woodland behind Mackenzie Street. Despite all weeding efforts of the past 10 years, the concentration of woody weeds close to residential backyards remains high, most likely as a result of new invasion from near-by gardens.

The removal of woody weeds from Mount Majura’s bushland is an ongoing, continuous, and in the end unsustainable process unless we interrupt the supply from gardens and public land. 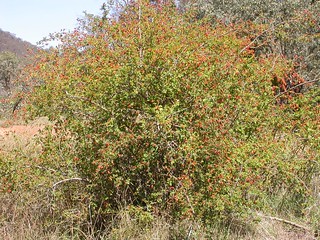 Map of the total area where FoMM volunteers carried out woody weed control in 2014/15: 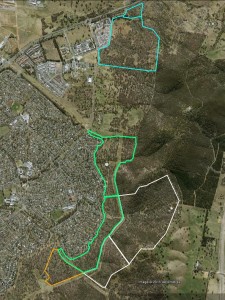 Blue outlined block east of The Fair:
Control of Woody Weeds since 2006 mainly at the southern part of the block including WoNS African Boxthorn, English Broom and Blackberry. Hawthorn a major concern. Successful lobbying of ACT Government in 2015 to remove mature Hawthorns from Valour Park to discontinue seed supply.