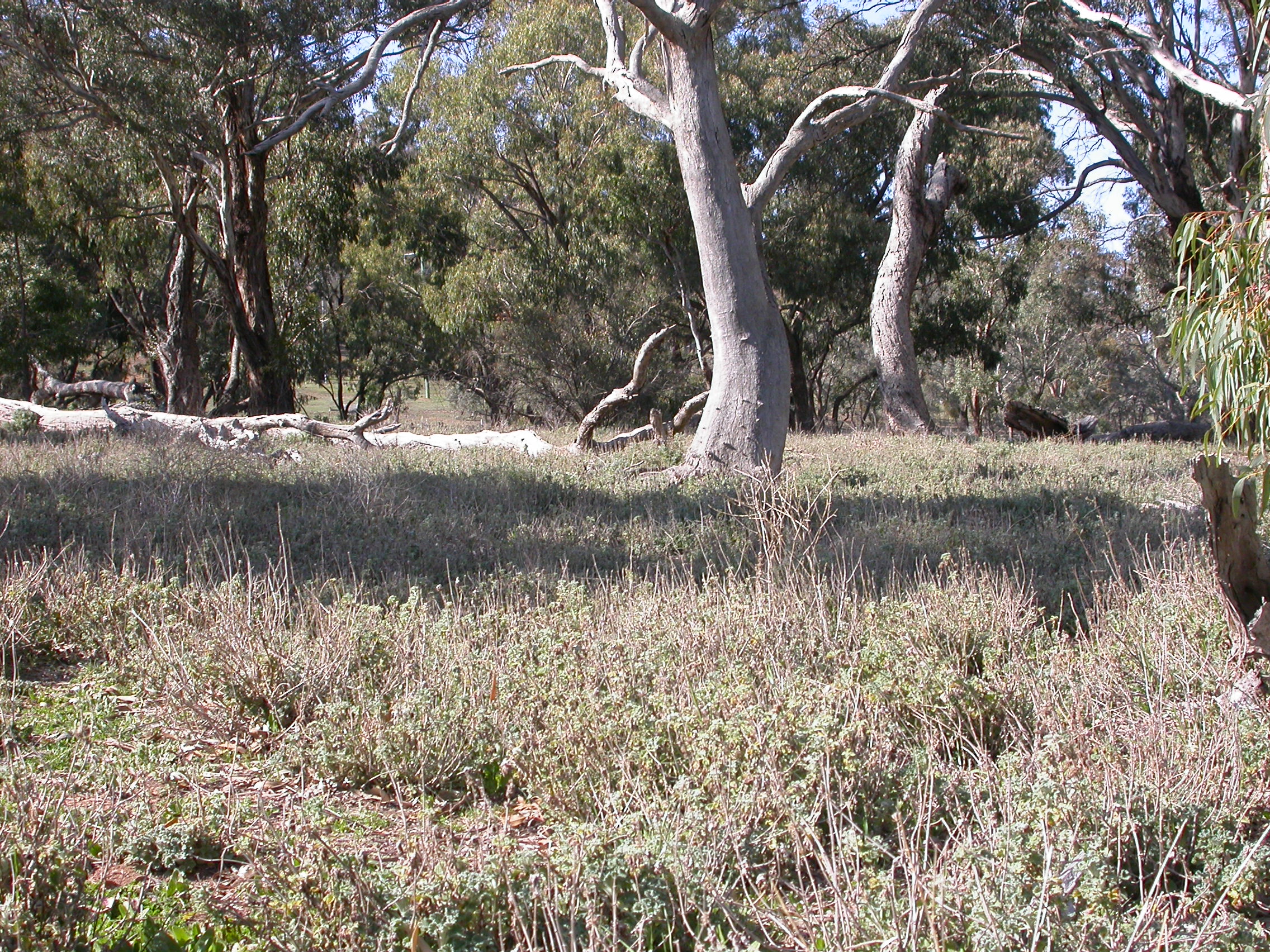 Horehound, Marrubium vulgare was the most prevalent herbaceous weed in the southern part of the Majura paddock, a 7 ha area of originally grassy woodland that had been heavily degraded by horse holding.

Growing in a monoculture and excluding native herbs, the perennial horehound covered an area of approximately 2 ha of the paddock under the canopy of old Eucalyptus trees. 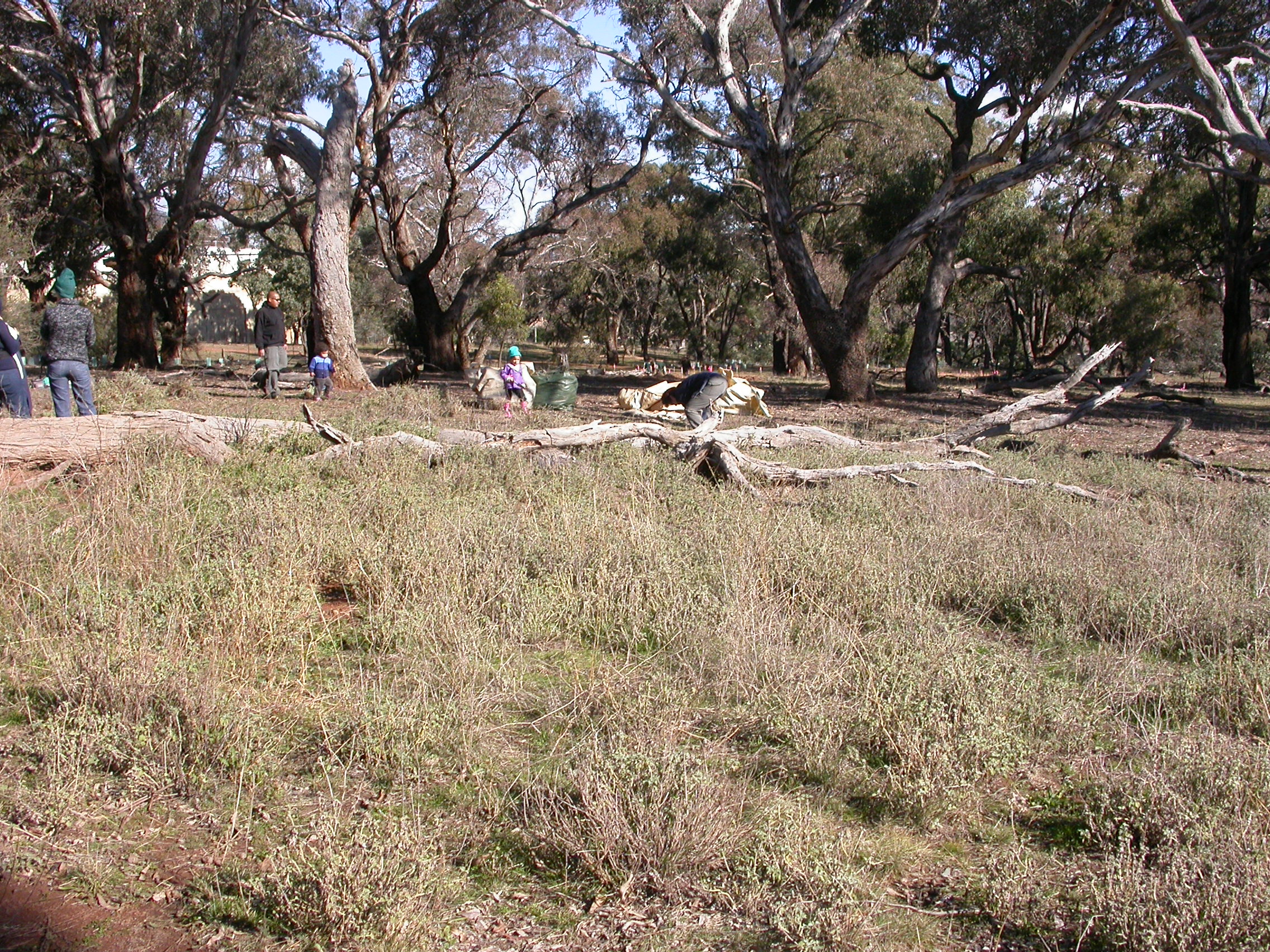 Friends of Mt Majura began hand-weeding horehound in late 2006 starting from the southern end of the paddock opposite of the Hackett water tank and slowly progressing north.

In winter 2010 volunteers tackled the last big horehound patch around a dead tree and a large tree log where a massive rabbit warren was located. 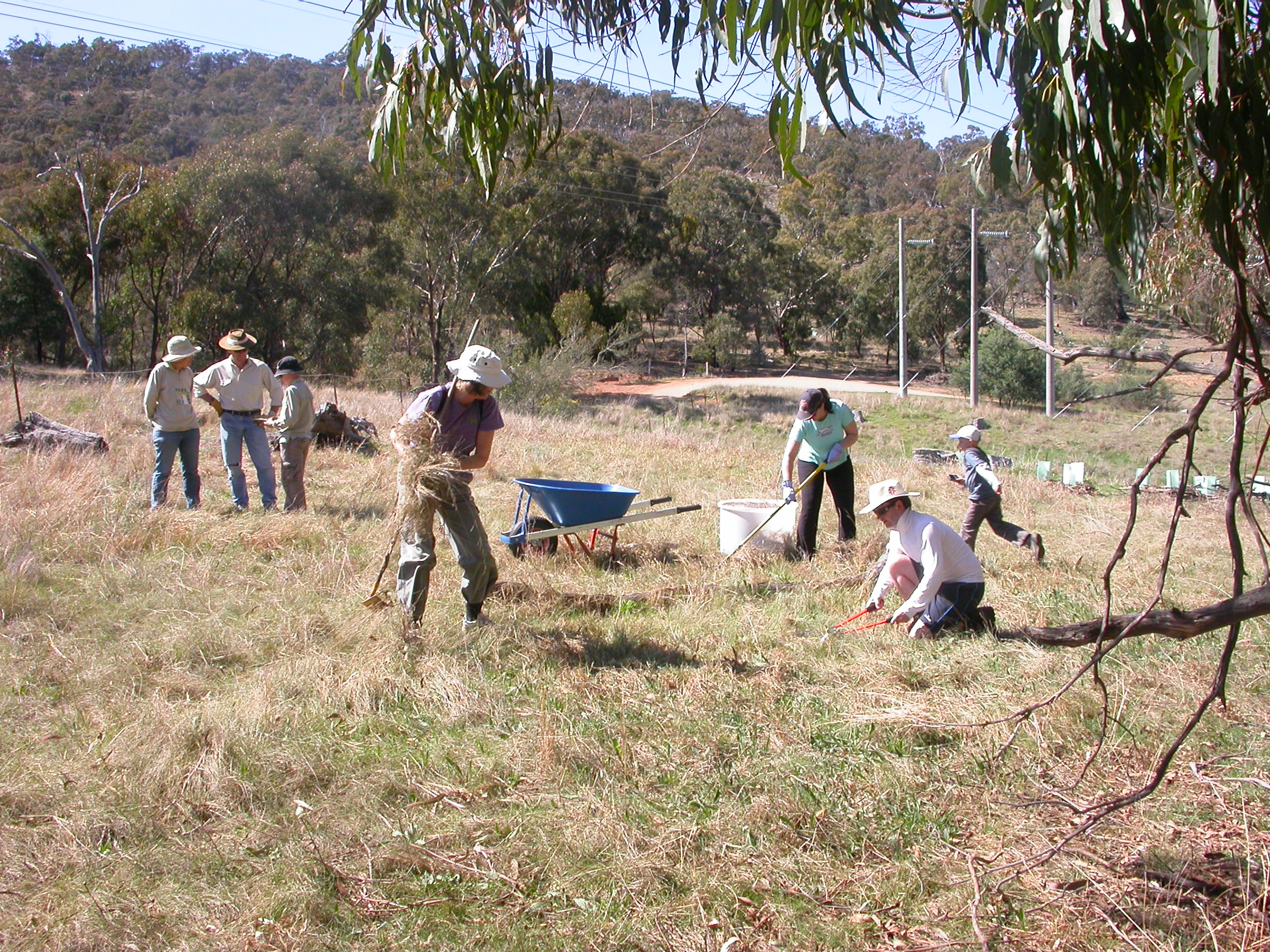 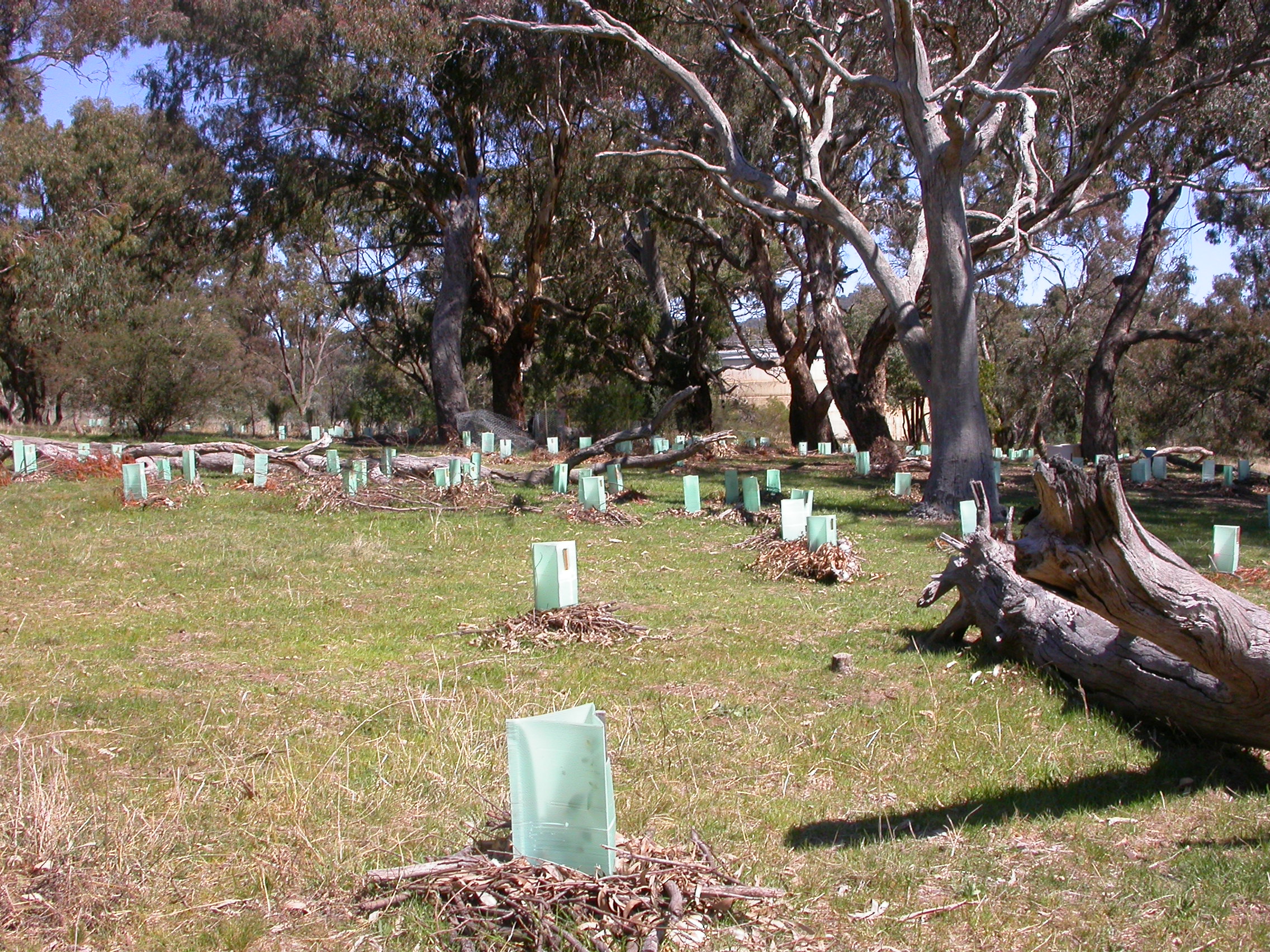 Plantings and native grass growth around the tree log, October 2011…

After each weeding session, FoMM volunteers direct seeded the freshly weeded sites with seeds of native grass and herbaceous wildflowers which they collected on Mt Majura and continued with direct seeding whenever seeds were available to harvest. 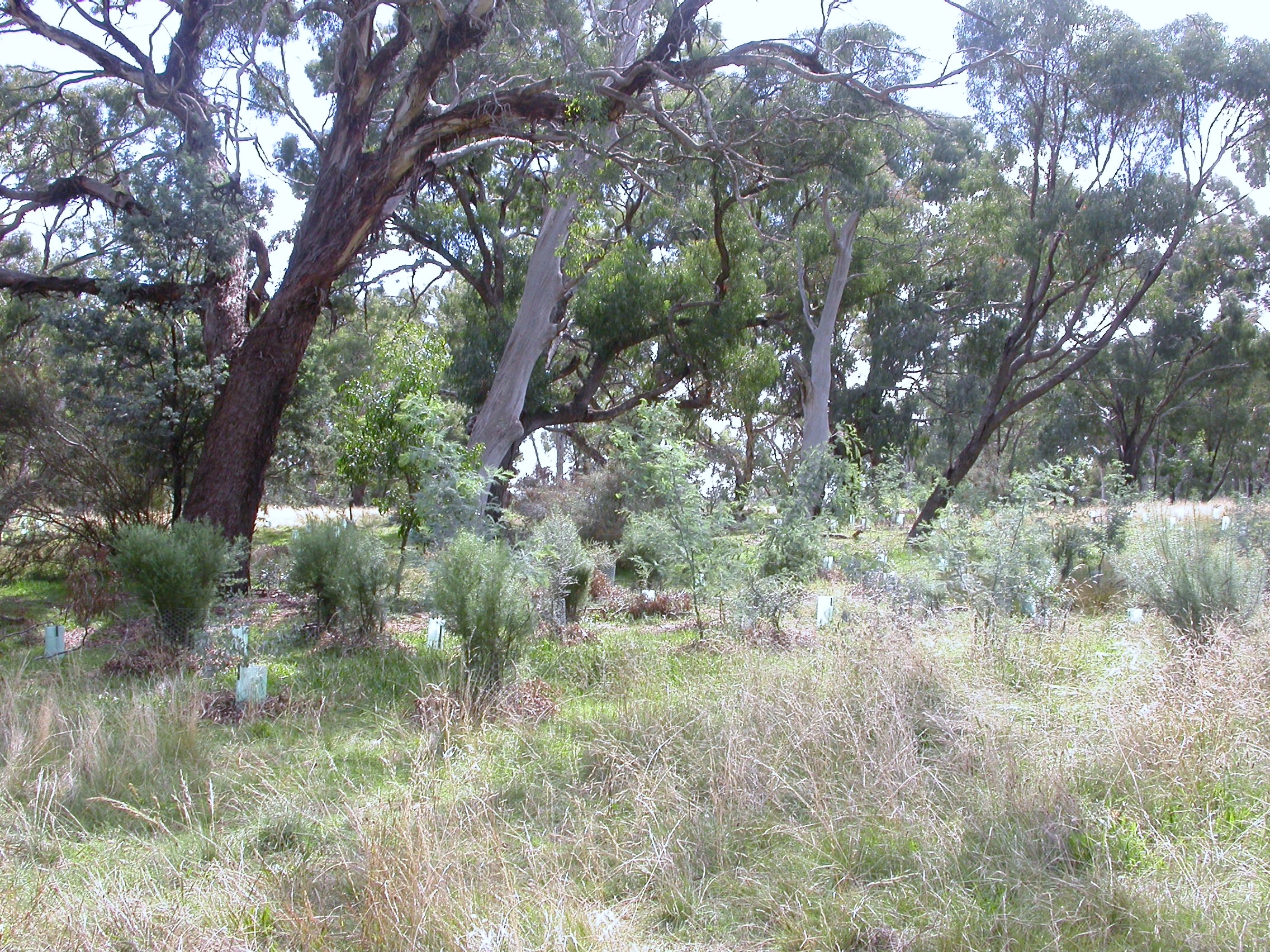 …and further south where work on the paddock began, March 2012.

In 2012, FoMM, pleased with the improvement of the paddocks’ grassy woodland, moved on to tackle a new project at Mt Majura’s northern foot slopes (The Fair). 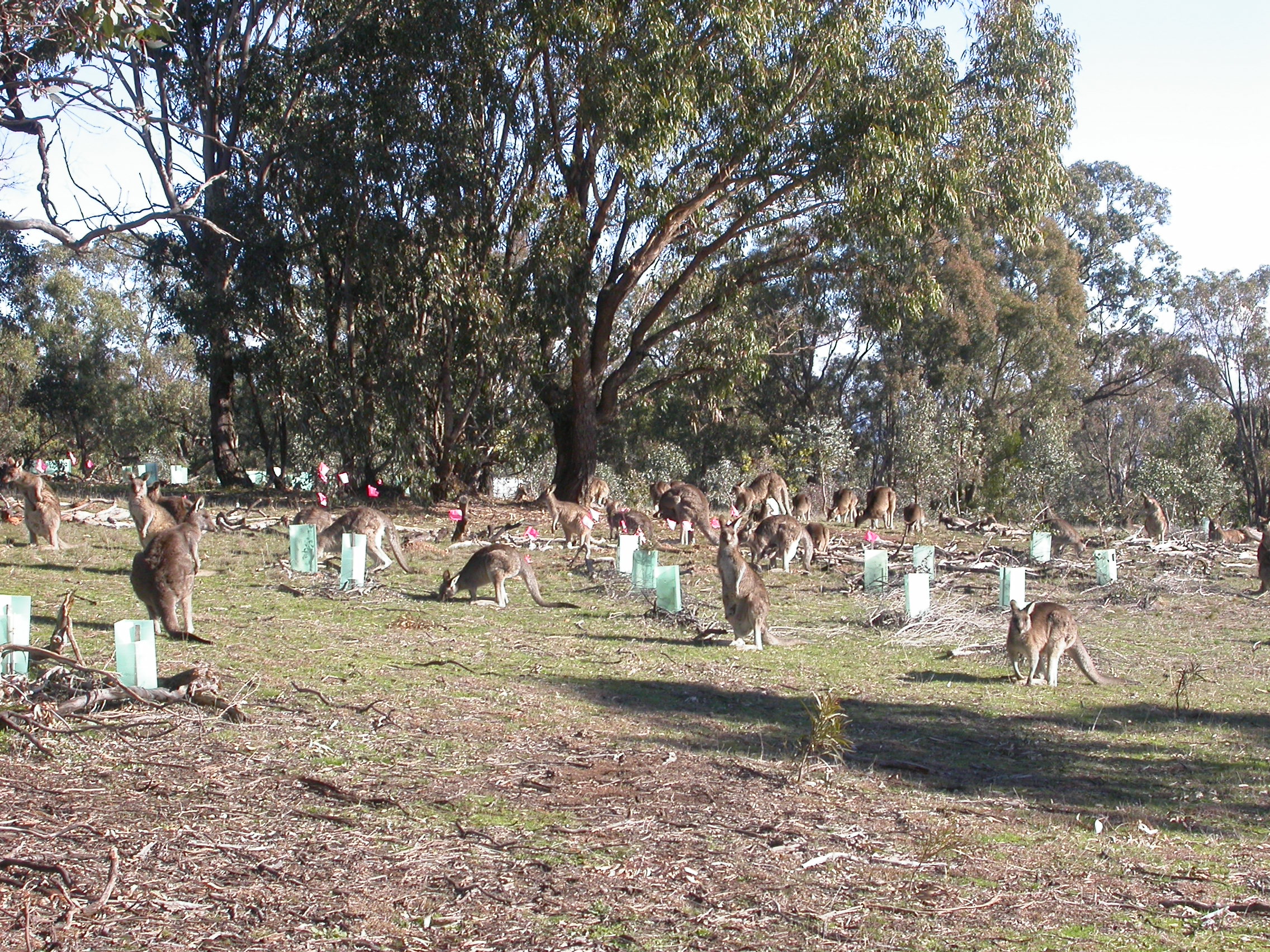 A 30+head strong residential kangaroo group joined by kangaroos descending from the forested slopes and ridges in the evening decimated the grassy groundcover complete with the forbs. The groundcover changed to a short marsupial lawn and subsequently, during years of drought, disappeared in some parts of the paddock entirely to expose bare soil. 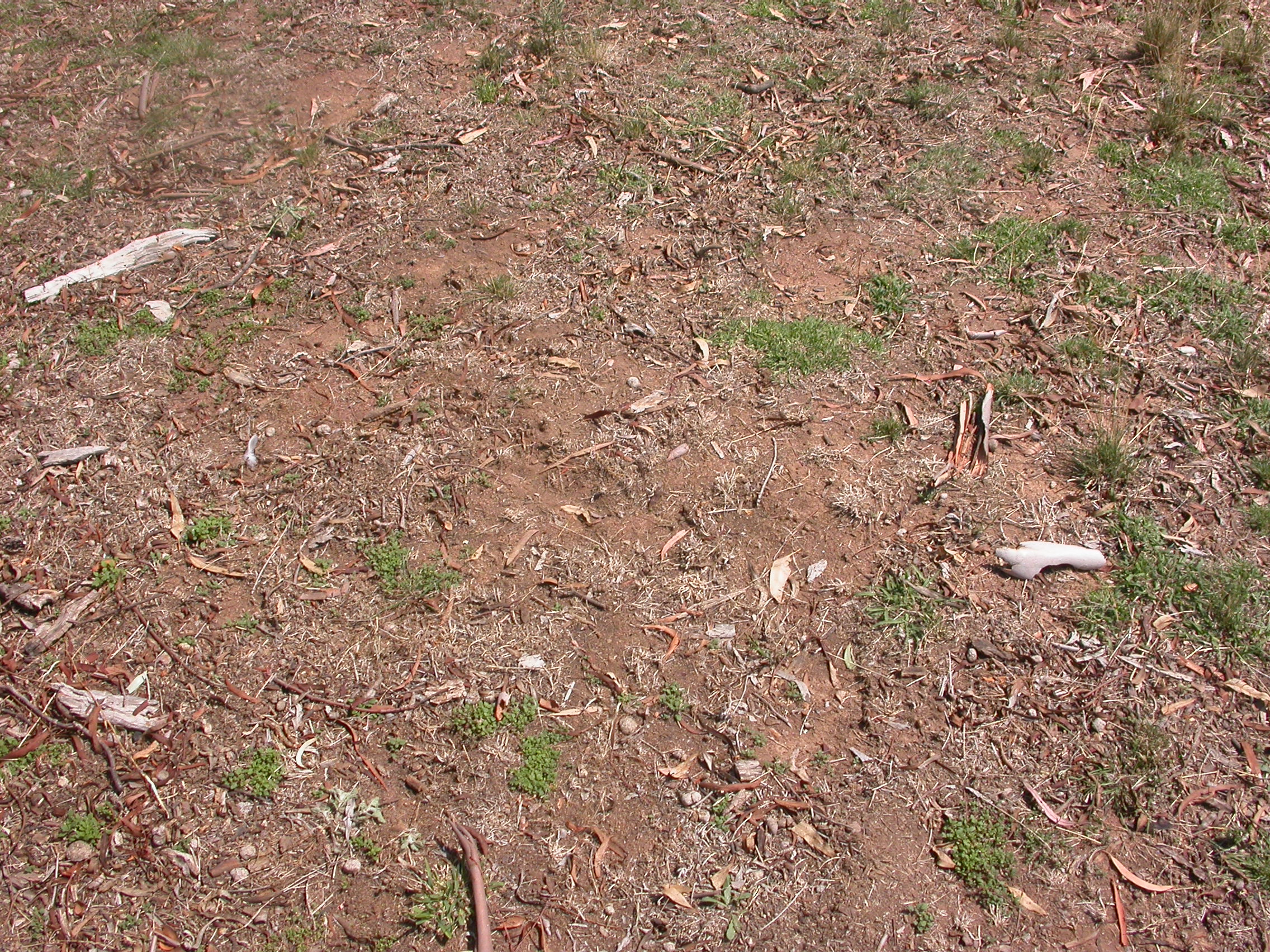 …  and decimated the groundcover in large parts of the paddock (2013)

With the competitive perennial native ground-cover decimated and following the rain of the strong La Nina event in 2020/21, horehound was back, not as thickly and numerous as before, but still in numbers that require concerted and ongoing efforts to once again improve the grassy woodland.

Lessons we have learned.

Competitive perennial ground-cover suppresses regrowth of horehound (as we observed during the wet 2010-2012); revegetation with perennial grasses and forbs is an important  tool in the long term management program of horehound; 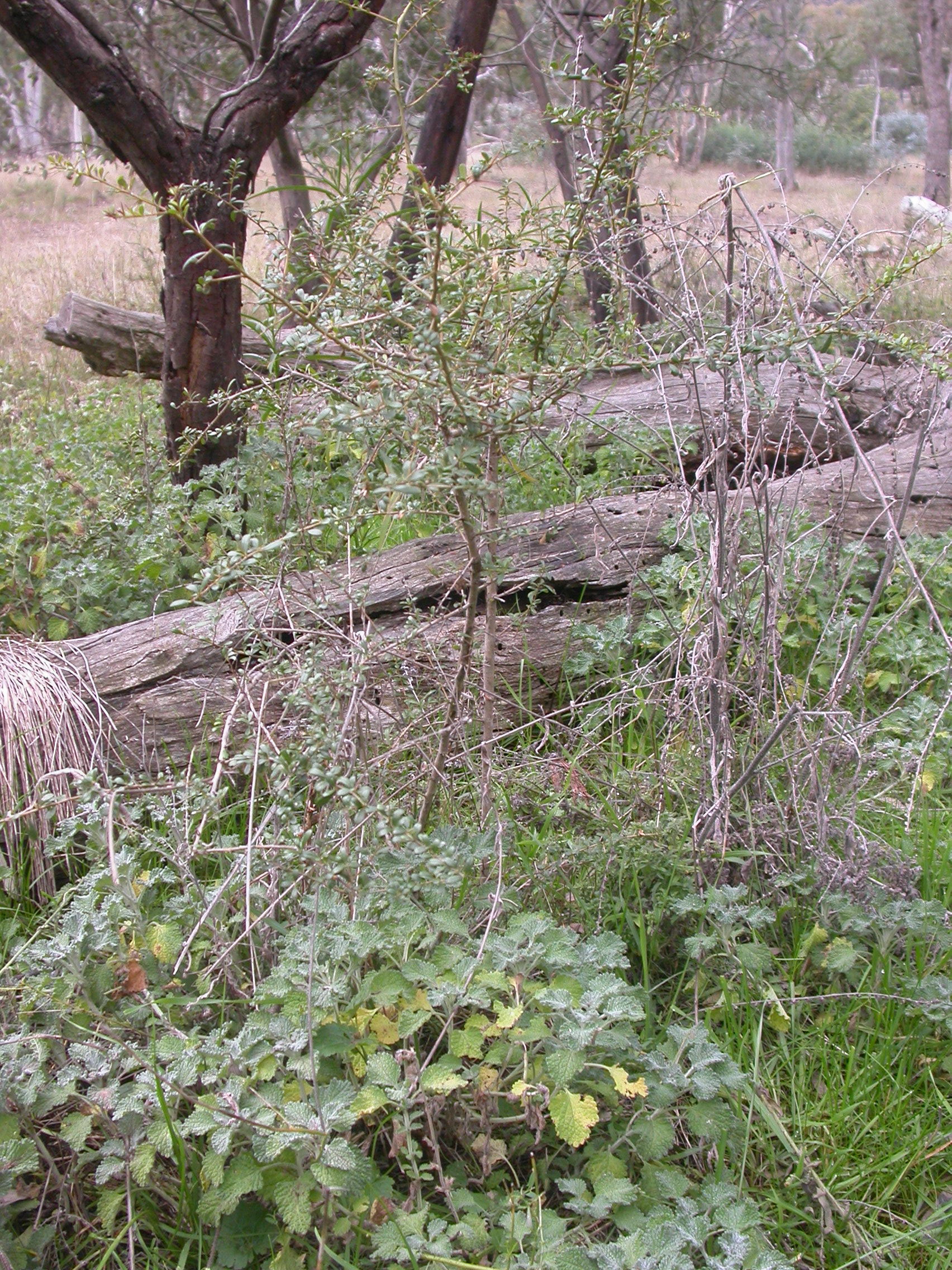 Horehound regrowth along the tree log shown in some of the above photographs, June 2021. The horehound smoothers native boxthorn that volunteers planted to replace the woody weeds removed from the paddock.

Monitoring of an area where horehound has been controlled must be carried out for many years because horehound seeds have a long (>8 years) viability in the soil seed bank;

Control of overabundant large herbivores to reduce the overgrazing of native perennials must be the long term goal to manage horehound (as well as other weeds) and to achieve a healthy and diverse grassy woodland.

Photographs by the author.