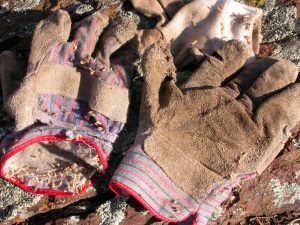 Give a hand and help remove Horehound.

Please note: Due to the rain forecast we postpone the work party to Sunday 27 November (same time and place)

Many people enjoy walking or running up the Casuarina Track and the panoramic views which can be viewed from the saddle before the track splits to reach the summit of Mt Majura. Near this point is an old sheep camp. Fifteen years ago this area was a treeless expanse dominated by horehound. One of Friends of Mount Majura’s early projects was to remove the weeds and plant a variety of natives which are now thriving.

Come and help remove weeds which are creeping back, an easy task in the soft soil.

When: Sunday 20 November 9am to noon. Give as much time as you want. 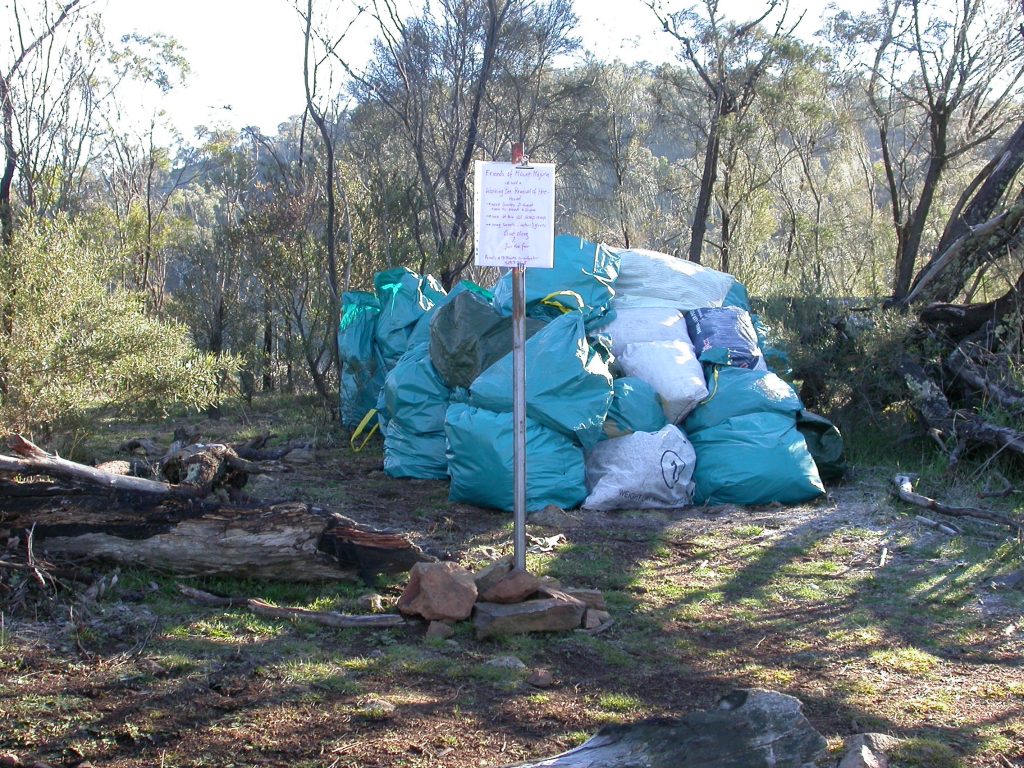 Where: The old sheep camp, accessed from the Casuarina track. There are several points where you can access the site from the Casuarina Track. We will meet at Antill Street, Hackett entrance, point 1 on this map. Or join us at the site by walking from the other marked locations. It’s about a 35-minute walk to the site.

What: Pull out Horehound, Verbascum and other weeds.

Bring: Sun protection, drinking water, and garden gloves if you have them; wear sturdy shoes and clothes which cover your limbs. We provide sanitiser, tools, gloves, and a delicious cake for morning tea. 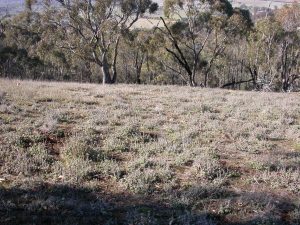 Weeds on Mount Majura originate from many sources. Some escaped our gardens and some are spread by the dumping of garden waste or by recreational users. 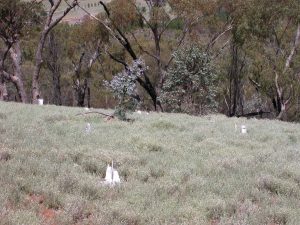 Ground cover of direct-seeded New Holland Daisy has established after many rounds of hand-pulling weeds (January 2009).

Weeds growing at the old stock-camp area at the popular ridge of Mount Majura were introduced many years ago by grazing sheep. Their nutrient-rich droppings encouraged the weeds to flourish. The cessation of grazing did not stop the weeds from growing. Volunteers of the Friends of Mount Majura ParkCare group (FoMM) are assisting native vegetation to return. 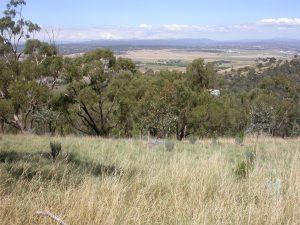 Weeds primarily targeted for removal are Horehound (Marrubium vulgare), Paterson’s Curse, various thistles, Great Mullein (Verbascum thapsus) and Buchan Weed (Hirschfeldia incana). The weeds are pulled, and weeds with seeds are placed in bags, and removed from the site. Weeded sites are re-seeded with locally collected native plants (plant species list). This helps to suppress weed re-growth, as does follow-up weeding. Some of the native plants used for re-vegetation are Sticky Everlastings, New Holland Daisies and Speargrasses.

Large-scale weed removal and direct seeding began in October 2004 on the top and at the least weed-infested parts of the ridge to the west of the Casuarina trail. 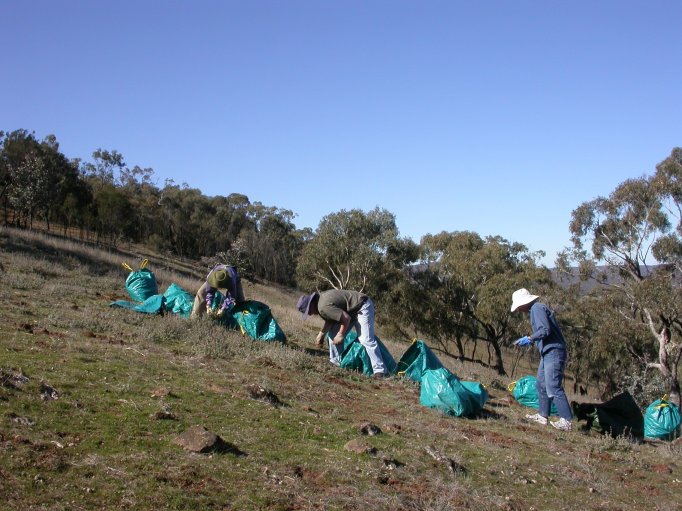 Removing Horehound at the east slope (2007)