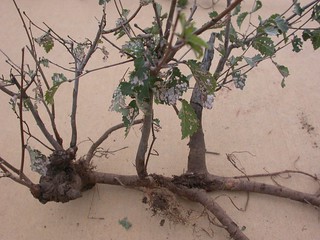 Please give a hand on Sunday 19 March and help remove Woody Weeds in the nature reserve east of The Fair. This working party follows-up extensive work carried out in 2016 to remove English Elm, Briar Rose, Hawthorn and other woody weeds at the northwest corner of Mt Majura nature reserve. English Elms are hard to control due to extensive suckering. Follow-up control work is crucial to remove this invasive weed.

No experience required however novice weeders are requested to come early for an introduction.

Since 2012, FoMM volunteers work in an area on the northwest corner of Mt Majura east of The Fair, North Watson to reclaim degraded grassy woodland. One of the many tasks is the removal of woody weeds and their replacement with local native shrubs to provide habitat for birds and other wildlife.

Our focus in 2016 was removing woody weeds in the gully that runs along Valour Park, a memorial park situated south of Federal Highway and on the adjacent land south of the gully. The most prevalent woody weeds were English Elm (Ulmus procera) and Hawthorn. They are the off-spring from plants cultivated in the Valour Park from where they spread by seeds (bird droppings) and from root suckers. There were also many Briar Roses, some formed thickets over 2 m in height and diameter. 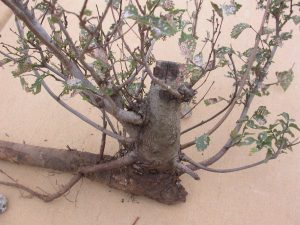 English Elm re-sprouting from the base of a previously cut stem (W.Pix)

A number of English Elms north of the gully had been cut before (not by FoMM volunteers). We discovered that basically all the cut trees re-sprouted and hundreds of suckers grew from a massive root stock as shown on the photographs. Suckers develop from root buds often in response to stress.

In order to treat the suckers we lifted the roots with the suckers, cut them on both sides and daubed each end with glyphosate. It was a huge amount of work! More suckers grew since last year however the good news is that they are less than expected. We hope to treat those at this working party.

Control of woody weeds using the cut and daub method.

The plant’s natural protective mechanism acts very quickly to seal-off the cut surface which stops herbicide penetration into the sap stream. It is therefore important to treat the cut surface immediately, i.e. within a few seconds after the cut; the longer the treatment is delayed, the poorer the result will be. If necessary cut and treat each stem of a multi-stemmed plant such as Briar Rose separately to avoid delayed herbicide treatment. 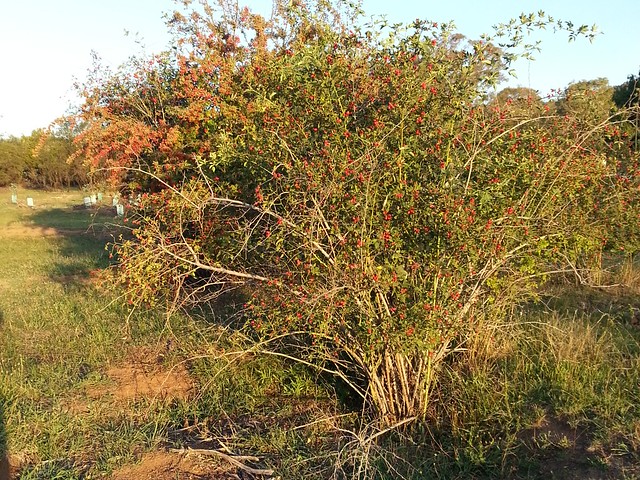