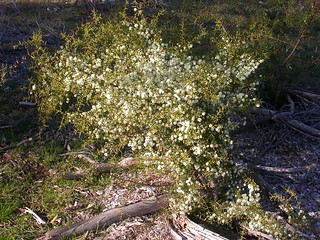 Profusely flowering Spreading wattle, Acacia genistifolia planted in 2012 at The Fair (W.Pix, 28.06.2014). Local native shrubs are planted in a staged process to replace introduced Hawthorns, Sweet Briar Rose and other woody weeds that are currently growing in the area.

When: Sunday, 20 July, 1-4pm; give as little or as much time as you want.
Where: Meet at The Fair, nature park access Tay St, North Watson, view this map
What: Preparation for National Tree Day 2014 and replacement of tree guards.
Bring: Sun protection, long sleeves and pants; garden gloves if you have them. Tools and hot drinks will be provided.
No previous experience required, just an interest in making a difference!
Inquiries: secretary@majura.org or 6247 7515

Assisted Diversity Regeneration. About Planting at The Fair

The site behind The Fair is one of the four modified and heavily degraded areas in the nature reserve where the Friends of Mt Majura (FoMM) run long term projects to reclaim and improve grassy woodland; the other sites are the old sheep camp at Majura ridge, the Majura paddock and the associated drainage line, and a cleared section of the west slope east of the Hackett water tank. These sites have in common that much of the original vegetation was cleared and replaced by weeds, suites of native species such as native shrubs and forbs have been lost, and ongoing overgrazing is preventing natural regeneration which in turn benefits the un-grazed weeds. Other issues are the loss of the surface crust that holds soil together, soil compaction, erosion and loss of topsoil which affects the ability of plants to establish. 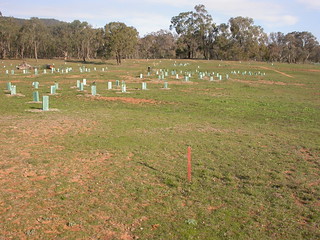 As with all FoMM projects, work at The Fair began with an initial assessment in 2011/12, taking into account the introduced and native plants, the impact of rabbit and kangaroo grazing, the soil condition such as compaction, large bare areas, and active erosion, and the lack of structural habitat elements such as fallen trees and logs.

In 2012 we started treatment of Paterson’s Curse and Saffron thistles at the least weed infested southern part of The Fair project site, removed large Briar Roses in the tree cleared area and conducted a mass planting on National Tree Day 2012. Work in 2013/14 included collecting seeds of native understorey plants on Mt Majura and direct seeding of ground cover species, tube stock planting of native shrubs and grassland forbs on National Tree Day 2013, measures to protect the plantings against grazing damage, help with rabbit control and the reintroduction of structural habitat, many hours of weed control, and monitoring weeds, rabbits, signs of natural regeneration and the progress of assisted re-vegetation (tube stock planting and direct seeding). 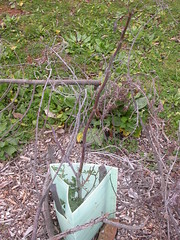 A great challenge is to replace woody and herbaceous weeds with local native plants under continuous grazing pressure without compromising ecological values of the area such as wildlife habitat or soil stabilisation.

For instance Hawthorn, Briar Rose and other woody weeds replaced the native shrub layer along the drainage line in the northeast of The Fair project site. On the one hand, the woody weeds prevent native vegetation to establish and thrive; on the other hand they provide shelter for little woodland birds. So planting local native shrubs that provide the same habitat value for the little woodland birds should supersede and accompany the removal of woody weeds. 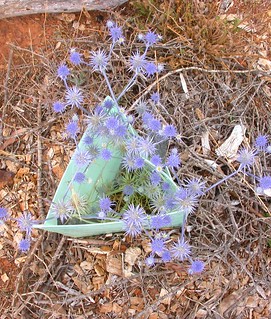 Many species of the native understorey (shrubs and ground layer) do not form persistent soil seed banks and are unable to re-establish without assistance once they are lost from the standing vegetation by clearing, weed competition and overgrazing. We plant clumps of native understorey species at strategic sites and hope that the seeds of these “living seed banks” will spread out and one day will take-over sites which are currently weed infested.

The assisted re-establishment of understorey diversity improves the integrity of the grassy woodland however this assistance is only sustainable if the Government backs up our efforts and manage the grazing pressure that detrimentally impacts upon the grassy woodland and the native species within this endangered ecological community. 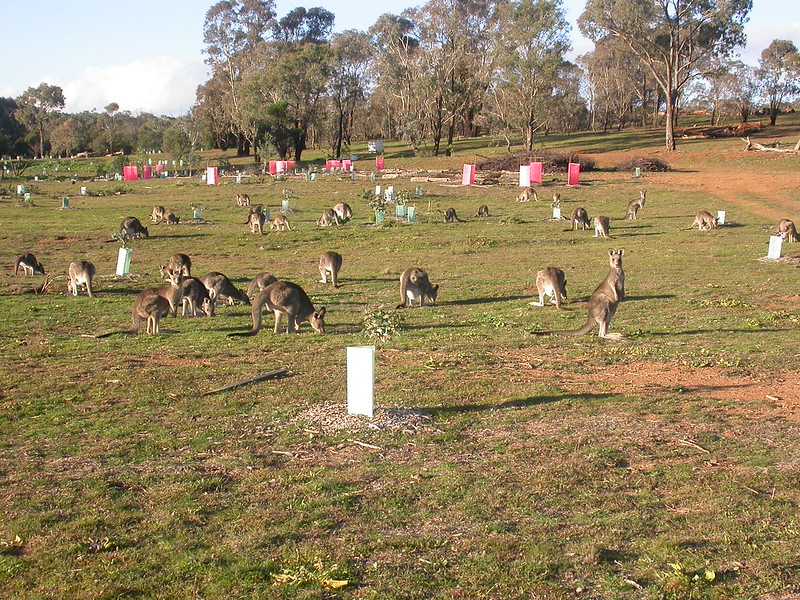 Establishing native plants under heavy grazing pressure is one of the greatest challenges @ The Fair. Native grasses are not allowed to flower and set seeds (W. Pix 28.04.2014)