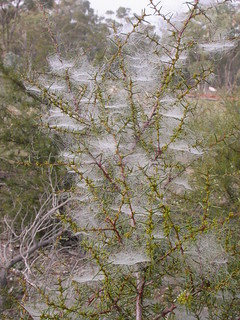 Give a hand on Sunday, 19 June and help transform Mount Majura’s weedy woodland at The Fair into a grassy woodland. Enjoy the view of little woodland birds foraging among planted trees and shrubs and learn about our work to reclaim grassy woodland in the area.

When: Sunday, 19 June, 1pm – 4pm
The organizers of the working party would appreciate if you could come early for an introduction;  give as much of your time as you want.
Meet: Nature park entrance Tay / Ian Nicol Streets, The Fair, North Watson; view this map
Bring: Sun protection, sturdy shoes; tools and afternoon tea will be provided.
Inquiries: secretary@majura.org

Tasks:
Spreading wood chip mulch to reduce erosion of bare soil that resulted from overgrazing;
Removing tree guards outgrown by their inhabitants;
Placing debris of woody weeds around young plants to protect them from grazing damage; and
Hand-weed Paterson’s Curse that competes with native plants for light, nutrients and water.

Since the start of The Fair project in 2012 volunteers replaced hundreds of woody weeds with local shrubs and trees to provide food, nesting and protective habitat for the little woodland birds that visit and live in the nature reserve east of The Fair. Little woodland birds almost disappeared from the west slopes of Mt Majura and Mt Ainslie. At the northwest slope east of The Fair however you can still spot Thornbills, Fairy Wrens, Scarlet Robins and, with some luck, Speckled Warblers. We hope our work will help to keep them there for many years to come.

The photographs below show three sites in the reserve east of The Fair taken on the 13 May 2014 (tops) and two years (31 May 2016) and many hundreds of volunteer hours later (bottoms). Following two sessions of spraying and hand-weeding in 2012 and 2013, the lush green rosettes of Paterson’s Curse were still common in autumn 2014 forming dense carpets at some sites. Consistent treatment over 4 years however significantly reduced the weed to a few scattered stands. Note the sparse grass cover. Direct seeding of native grass valued over 3000 dollars had little success due to heavy grazing. In a desperate attempt to reduce soil erosion, volunteers spread a light cover of wood chip mulch and logs. 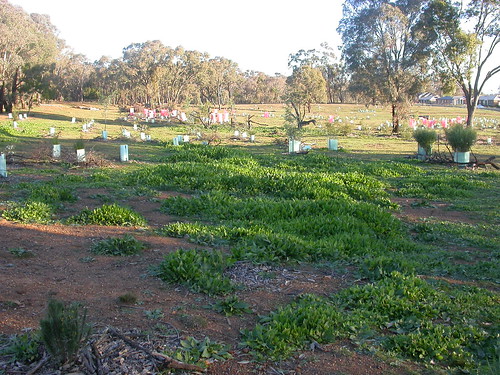 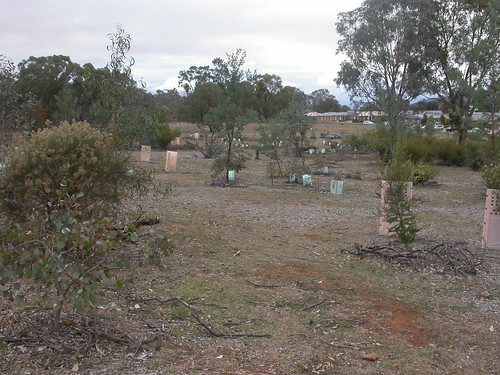 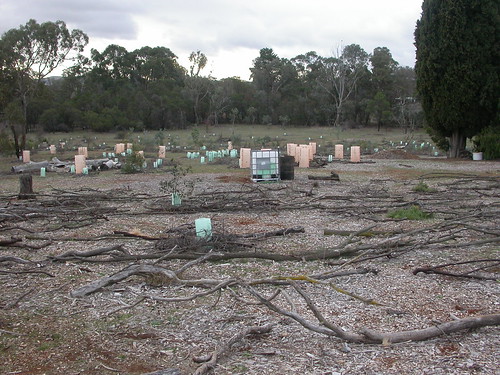 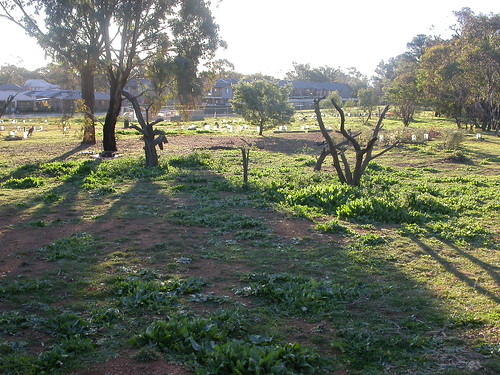 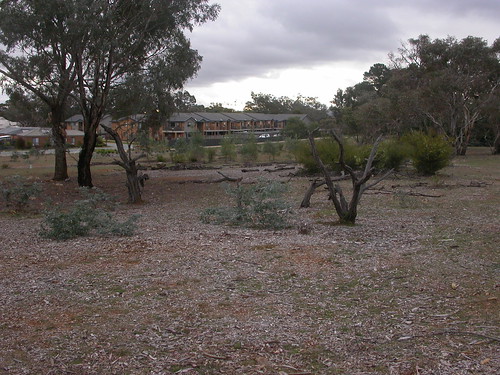