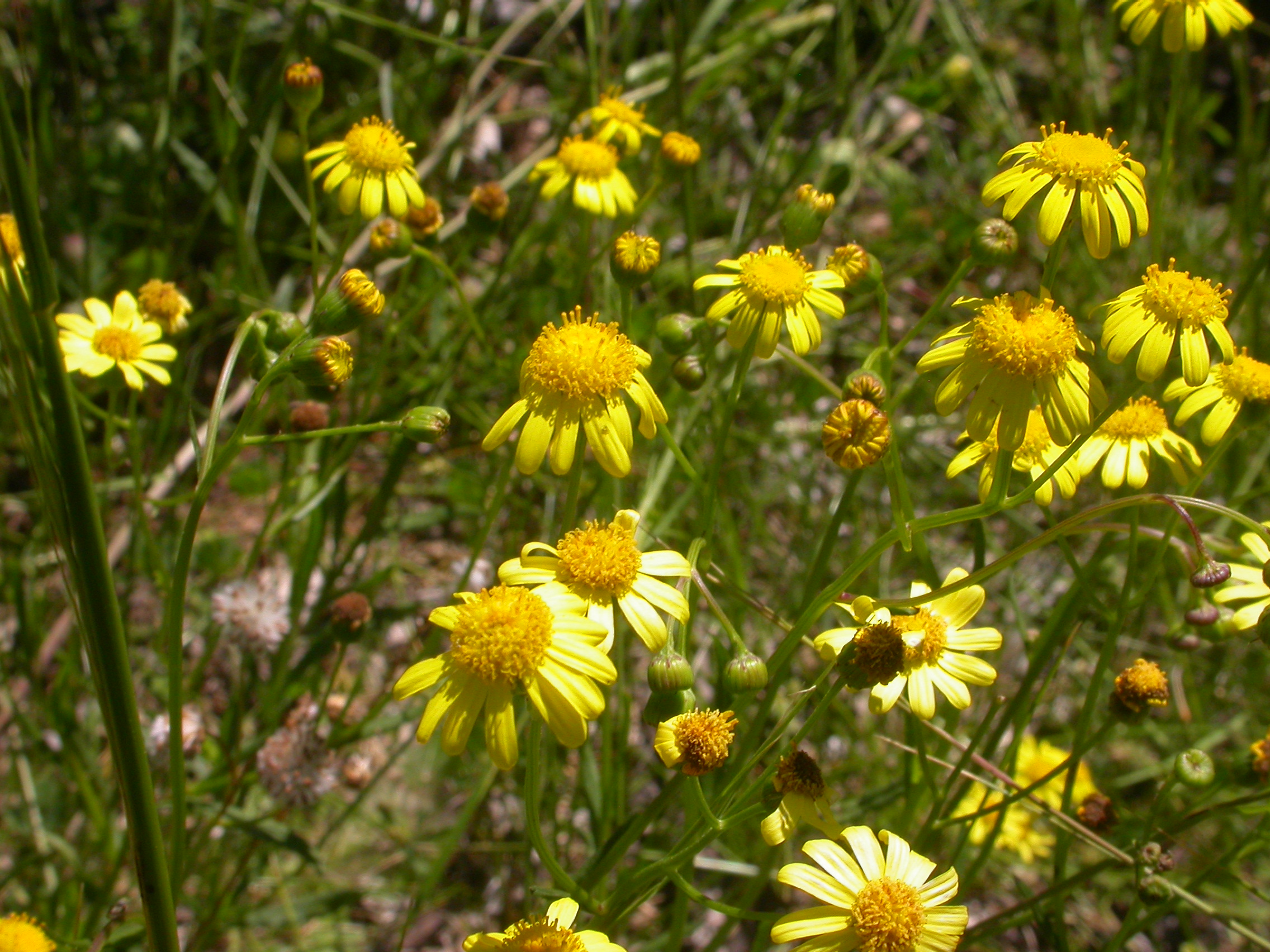 Fireweed plants have been recently found in the Majura /  Ainslie area including along the Mt Majura summit track.

This highly invasive plant is in the early stages of spread in the ACT, and the hope is to keep it under control and even eradicate it from the ACT jurisdiction.

Failure to maintain vigilance around this plant species will incur high control costs and it will be spread to the point where it disrupts native plant communities. It can cause irreversible liver damage and death to stock (horses and cattle).

Fireweed is a highly invasive daisy with bright yellow flowers with 13 petals. There is no other daisy in the Majura / Ainslie area that looks similar.

Fireweed produces fluffy wind-borne seeds and each plant can produce tens of thousands of viable seeds. It has been introduced to the ACT with turf imported to the Gungahlin area. Parks Service Staff have done a tremendous job of controlling the Fireweed; however, given the prevailing westerly wind in summer and the windborne spread of seeds, it was a question of time when the first Fireweeds were spotted in the reserves.

Report sightings to Canberra Connect on 132281 or through citizen science apps Canberra Nature Map or iNaturalist; the apps are free through your app store.

You can also dig out individual plants, place them in a rubbish bag and dispose them in a rubbish bin.  Wear gloves to protect your skin from the plant’s poisons. Before you start digging, carefully pick any seed head and place it in the bag; note: flowers can turn into viable seeds!